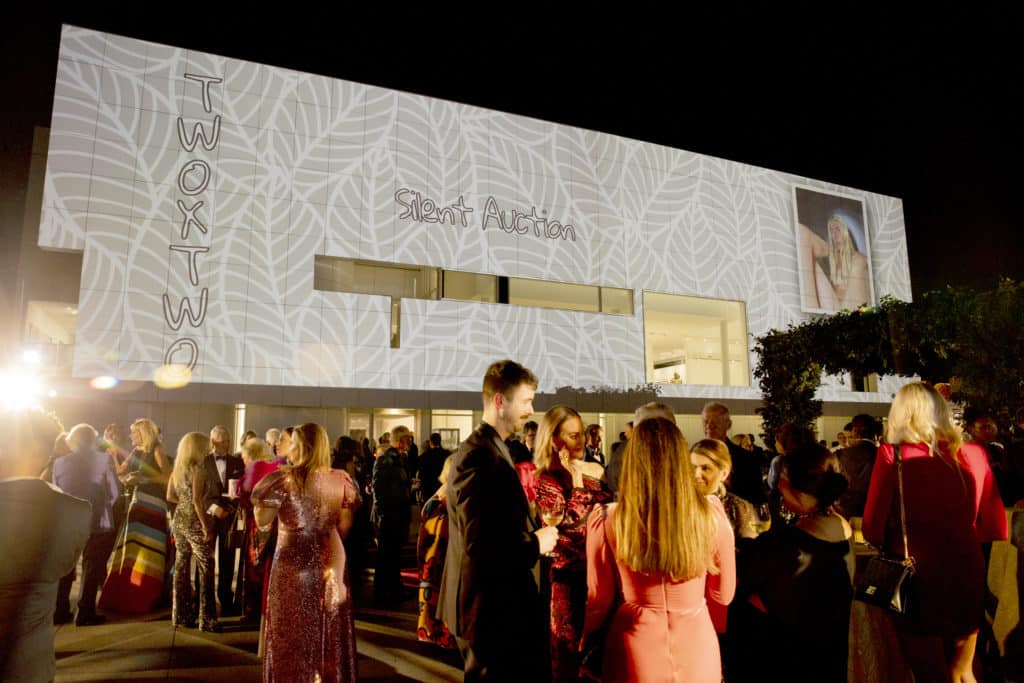 By Rob Giardinelli      Photography by Bruno and Kevin Tachman

THE SETTING: The estate of Cindy and Howard Rachofsky was the recent setting for a historic evening that will forever live on in the annals of Texas fundraising lore. Almost 500 of the world’s most notable sociables and philanthropists gathered for the 22nd annual Two X Two for AIDS and Art event, with pandemic protocol in place and, in the process, raised eight figures in one night, eclipsing the $100 million fundraising mark over the history of this storied event.

THE STYLE: The black-tie crowd began the evening with cocktails on the grounds of the Rachofsky residence, courtesy of Tequila Casa Dragones, Moët Hennessy USA, and Belvedere Vodka, the latter of which featured a signature cocktail Cindy’s Filthy Martini, in a nod to the event’s hostess. During the cocktail hour, and throughout the evening, patrons viewed and bid on over 130 pieces of silent and live auction art, as well as experiential packages that were personally curated by the event host Howard Rachofsky and event Co-Chair John Runyon.

Partygoers then proceeded to the 48-foot high, 7,000 square foot geodesic dome for the main program. The dome, designed by Todd Fiscus of Todd Events, was inspired by the works of acclaimed artist Yoshimoto Nara. A prominent leaf motif was featured throughout that perfectly complimented the organic shapes and evening’s color palette of chartreuse, burgundy, orange, and ivory featured both inside and outside the tent.

As guests dined on their decadent, multi-course meals, they were treated to words by event host Howard Rachofsky, as well as a presentation by amfAR Board Co-chairs T. Ryan Greenwalt and Kevin McClatchy, who presented special guest Yoshimoto Nara with the 2021 Award of Excellence for Artistic Contributions in the Fight Against AIDS. Next, Michael Macaulay of Sotheby’s hosted a dazzling live auction that included works from such acclaimed artists including María Berrío, Bosco Sodi, Asuka Anastacia Ogawa, Peter Bradley, Joel Mesler, Jiro Takamatsu, and Yoshitomo Nara. The evening was capped off by a showstopping concert by Rita Ora, who brought the crowd to their feet as she sang several of her iconic hits, including Let You Love Me, Ritual, Lonely Together, and Anywhere.

THE PURPOSE: The event, chaired by Cindy and Howard Rachofsky and John and Lisa Runyon, with Nancy C. Rogers serving as the presenting sponsor, raised over $11 million for amfAR AIDS research initiatives and the Contemporary Art Acquisitions Fund at the Dallas Museum of Art. Over the past 22 years, Two X Two has raised over $104 million for these two organizations.