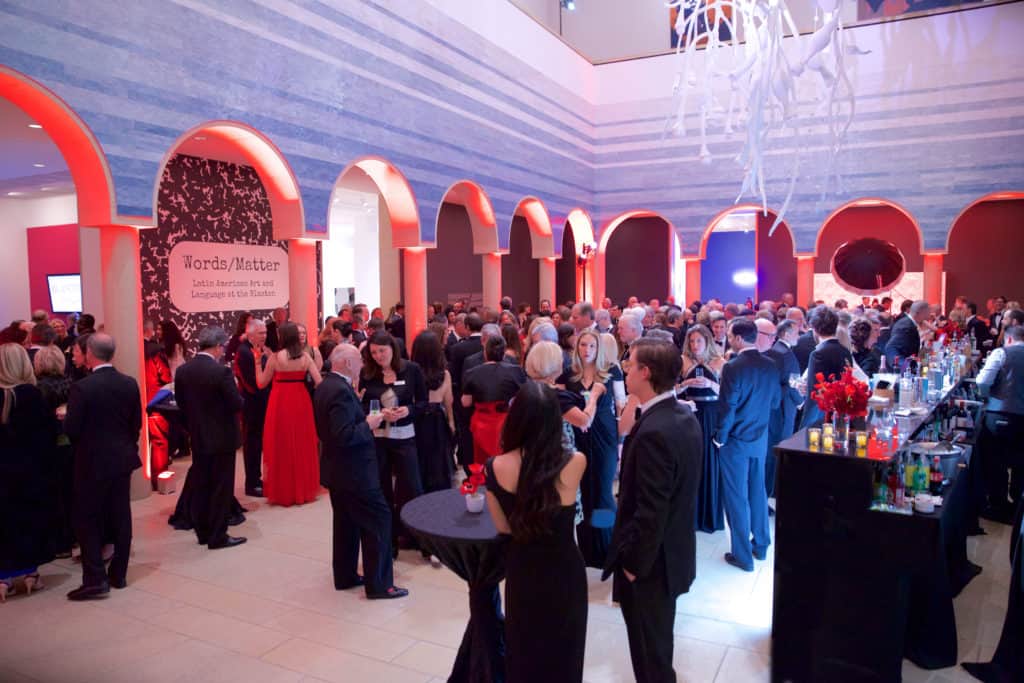 ART IS A GIFT

THE SETTING: The Blanton Museum of Art in Austin was the recent setting of their 2019 biennial gala. Over 250 of the top patrons of the arts throughout Texas were on hand for an evening of fun that also announced a major donation that will further transform of one of Austin’s most venerable cultural institutions into an international arts destination.

THE STYLE: The festivities began in the foyer of the Blanton Museum for
cocktails. While some mingled over cocktail chatter, others headed to see a sneak peek of the Blanton’s latest exhibit Words/Matter: Latin American Art and Language at the Blanton. After cocktails the partygoers headed to a tent erected on the Blanton Courtyard for the main program. As guests dined on a multi-course meal courtesy of Chef Elmer Prambs of the Four Seasons, they heard words from top supporters of the Blanton, which included Austin Mayor Steve Adler. The best was saved for last as the Moody Foundation announced a $20 million gift to transform and reimagine the Blanton grounds bringing the crowd to their feet and capping off a spectacular evening that those fortunate enough to attend will always remember.

THE PURPOSE: The gala, hosted by Gregory Fenves, Simone Wicha and Janet Allen raised almost $800,000 for the Blanton Museum of Art beyond the Moody Foundation gift. Proceeds from the 2019 gala will go toward providing essential funding to the museum’s programs.