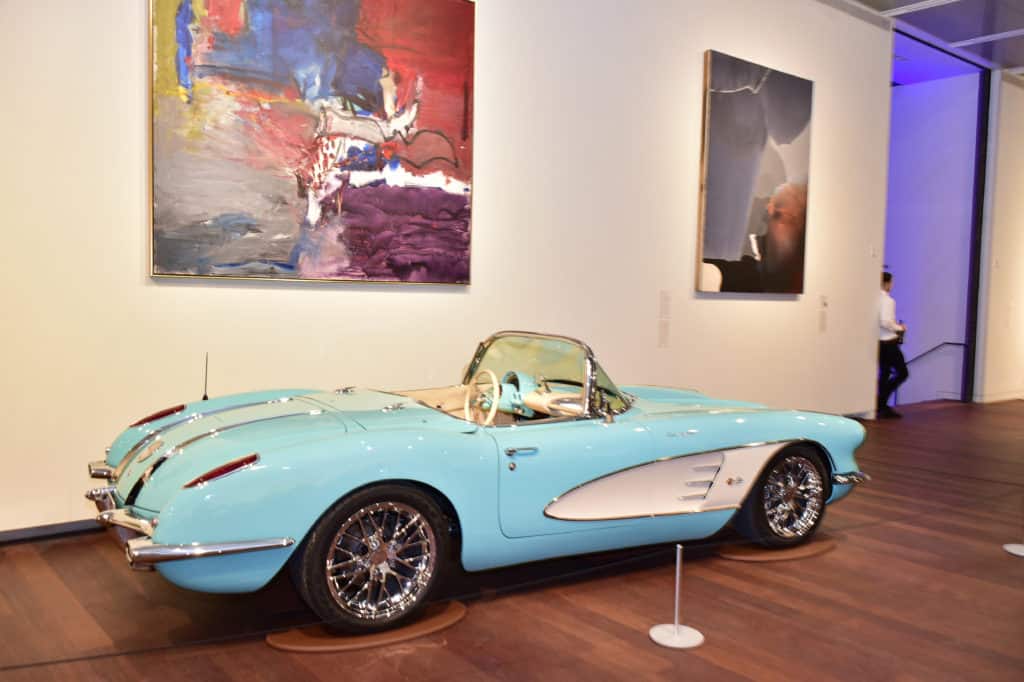 THE SETTING: The galleries of San Antonio&#39;s McNay Art Museum came alive with mid-century magnificence recently as 350 guests mixed and mingled among creations by the masters in celebration of the 65th anniversary of one of the city’s most beloved locales. Cloaked in cocktail party attire reminiscent of the mid-century’s golden age of entertaining, patrons had the good fortune of dining and dancing in the
very presence of the artwork brought to life on the walls of the museum itself. This year’s gala marked the first time in McNay’s history that this many masterful creations were part of the evening’s annual celebration.

THE STYLE: The mood for the evening was set even before a single bit of traditional gala décor was in place. Boldly pairing striking examples of American fine art and design, ten classic cars from the 50s and 60s were displayed as modern sculpture and teamed with important paintings from the same era. American Dreams is the first major exhibition in history to utilize these two art forms in stunning celebration of design and detail of days gone by.

Guests danced late into the night, among these modern-day masterpieces, to the music of The Temptations Revue featuring Nate Evans. Following in the footsteps of the hosts and hostesses of long ago, the night was one to remember along with the efforts to raise substantial support for the future of San Antonio’s elegant grande dame of the art world.

THE PURPOSE: The gala was chaired by Suzanne and Rick Cavender and LouCelia and Don Frost. The organization’s annual gala serves to support the McNay enabling the museum to continue its mission of engaging a diverse community in the discovery and enjoyment of the visual arts.