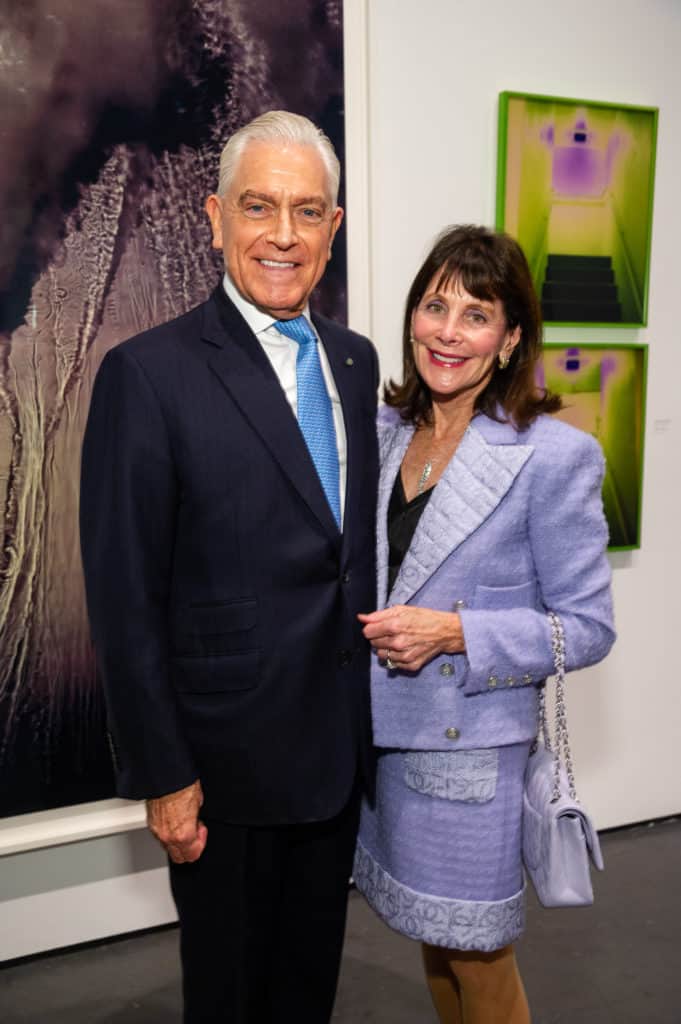 Recently, on a chilly autumn night, both international and Texas-based guests flocked to the opening night soirée of the exhibit in Los Angeles, In the Now: Gender and Nation in Europe, Selections from the Sir Mark Fehrs Haukohl Photography Collection. It features a selection of two hundred contemporary photographs by women artists from seventeen countries in Western and Eastern Europe. The collaboration between Los Angeles County Museum of Art (LACMA) and The Brooklyn Museum is a partnership that enables each institution to significantly augment and diversify its photography holdings over the next ten years as well as advance curatorial research, travel, and scholarship, signaling an innovative and financially sustainable new approach for museums to expand their collections.
A seated dinner was held to celebrate the debut of the images at Ray’s, the restaurant that is a part of LACMA. The glamorous guests, from around the world, and of course, Texas, were on hand to fete Haukohl’s artistic collection achievement. On hand to share toasts were LACMA CEO and Wallis Annenberg, Director Michael Govan, as well as Shelby White and Leon Levy Director Anne Pasternak of The Brooklyn Museum. Beyond the wine and champagne that flowed freely, guests dined on a selection of seafood, as well as being tempted by wonderfully sugary desserts as the evening progressed. The week of Los Angeles events included a distinguished trustee’s reception at the residence of venture capitalist, David Bohnett. The celebration continued at the new Pendry Hotel on Sunset Boulevard.
Both LACMA and The Brooklyn Museum, exemplary institutions representing both coasts, benefit from the generous gift from Houston-based collector Sir Mark Fehrs Haukohl, whose expansive collection has been built over the course of twenty years and showcases an impressive range of styles and approaches to photography from that period. The collection features works by nearly ninety emerging and established women artists, including Yto Barrada, Carolle Bénitah, Melanie Bonajo, Natalie Czech, Eva Koť á tková, Vera Lutter, Josephine Pryde, and Shirana Shahbazi.
The gift will be made in installments over the next ten years, with the first including twenty works selected by Haukohl. The two museums will also receive a donation of ten additional works purchased by him. Both museums will each individually acquire an additional ten works chosen in concert with the curators, expanding the initial gift. Furthermore, his gift includes the Haukohl Travel Grant, which provides resources to advance curatorial travel, research, and scholarship each year for the next decade. These funds will allow curators to attend European photography fairs and exhibitions such as Les Rencontres d’Arles, ARCOmadrid, and Unseen Amsterdam, further enabling targeted additions to the collection by all three parties. The exhibit runs at LACMA through February 13, 2022, with a 2023 exhibition at the Brooklyn Museum. A sensational Los Angeles and New York triumph.