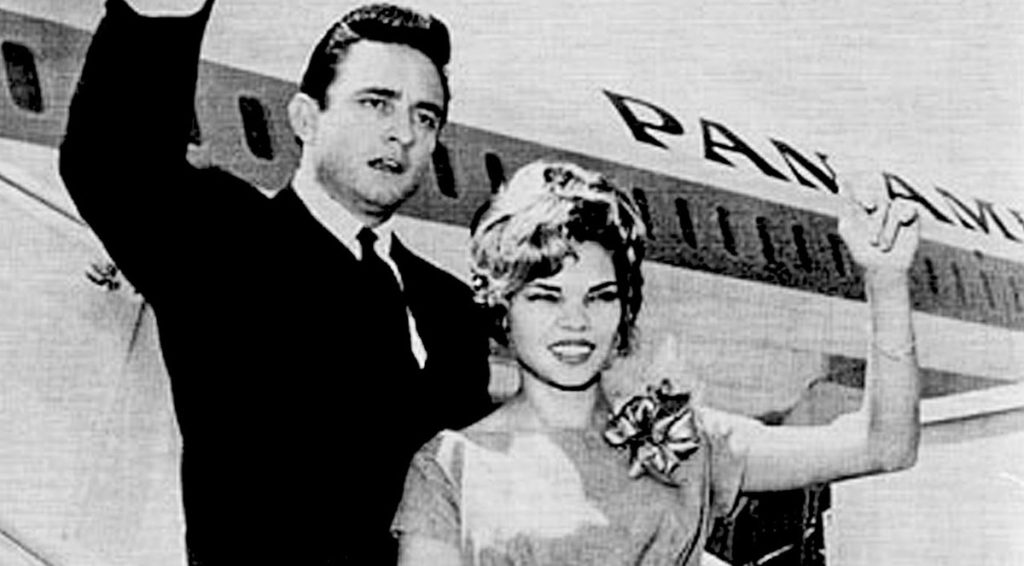 My Darling Vivian, the insightful documentary about San Antonio native Vivian Liberto Cash, the first wife of singing legend Johnny Cash, sheds a new light on a famous relationship, according to our own Lance Avery Morgan.

Photography courtesy of My Darling Vivian and Amazon Prime

In the days before the self-imposed spotlight of the media glare, fame looked different in the 1950s and 1960s. In the new documentary, My Darling Vivian, about the love affair, marriage and children of singer Johnny Cash and his San Antonio native wife, Vivian Liberto, a thoughtful look is given at how a deep love formed under the media scrutiny on the couple. The film’s title, an homage to the plethora of love letters sent between the duo, is a valentine to the life and fortitude of its primary subject, Vivian Liberto Cash Distin, a vibrant Texas woman.

The project underscores Vivian’s childhood as the middle daughter of strict Italian Catholic parents, to her teenage romance (and subsequent three-year-long correspondence with the thousand letters) with Johnny Cash–in which she reveals to him an inferiority complex rooted in her exotic appearance. Her new life in Memphis as a woman in love; a first-time mother who finds out she’s pregnant with her second child just six weeks after the birth of her first; and as the wife of a door-to-door salesman turned-overnight-music- sensation all played out like an epic soap opera. Eventually, the family moves to Los Angeles and Johnny almost immediately becomes absent due to his devotion to performing, fame…and drugs. Told through rare home movie footage, as well as hundreds of vintage photos, the beautifully produced project, with a lush orchestral score, is devoted to their relationship as seen through the eyes of the Cash’s four daughters, Roseanne, Kathy, Cindy, and Tara.

“My mother’s own story has often been lost or misinterpreted to serve a myth,” shared Roseanne Cash. “This elegant film about her–the real Vivian Liberto, not the Hollywood version–is painful but compassionate, wrenching but true. Even though she was an intensely private woman, I think she longed to have her story told, and her place in the history of my family acknowledged with respect and love. Matt Riddlehoover and Dustin Tittle have succeeded in giving her that place. My sisters and I are deeply moved by and grateful for My Darling Vivian.” The family affair element was firmly in place since Tittle, a producer on the project, is also a grandson of Vivian and Johnny Cash.

Many recall the 2005 OscarÒ-winning film starring Joaquin Phoenix and Reese Witherspoon and Johnny and June Carter Cash. The role of Vivian Cash, played by Ginnifer Goodwin, portrayed her as a psycho victim who was jealous of her husband’s musical career. As the documentary unfolds, nothing could be further from the truth and it’s easy to see how Vivian loathed being the “other woman” to Johnny’s career, which came first, before his family, and then, to June Carter, Cash’s second wife, with their very public relationship that helped sell millions of records.

As in all lives, there are good times and often, just as many tragedies. The seven-year nightmare of the family living in Casitas Springs in Ventura County, with four young daughters, included sleepless nights waiting up for the husband who rarely arrived. In the midst of losing Johnny to June Carter, the all-hours visits from fans deprived her of any semblance of safety, compounded by a frightening race-related scandal in 1966, which led to threatening letters from the Ku Klux Klan, eventually pushing her to a mental breaking point.

The personal toll that Vivian’s divorce from Johnny took on her was immense, which included being excommunicated from the Catholic church, and the “unspoken bargain” that was her second marriage. Happily, her trying to regain her identity led to a social and creative blossoming, despite having to witness the aggressively perpetuated myth of Johnny and June’s love story.

The heartfelt film, full of the loving retrospective of Vivian Liberto Cash Distin’s life, is a rollercoaster ride of emotions and is served up perfectly in a beautifully told story with a musical and Texas perspective. “Her life was romantic and bewildering, difficult and significant, and wholly filmatic–more than a mere footnote in the biography of Johnny Cash,” said Matt Riddlehoover, the film’s director. Visit Amazon Prime to access the film.